On the Feast of the Holy Name of Jesus, January 5th, the Holy Name Society at St. Isidore Church added nine new members to its ranks.

The enrollment was a joyous yet solemn event in which the new candidates, a diverse group of men including four members of the Academy’s senior class, one college student, three fathers of families and one single business man, processed into the church at the front of the group of current HNS members. Many of the front pews were filled as these HNS members sat together with the new candidates for Mass. 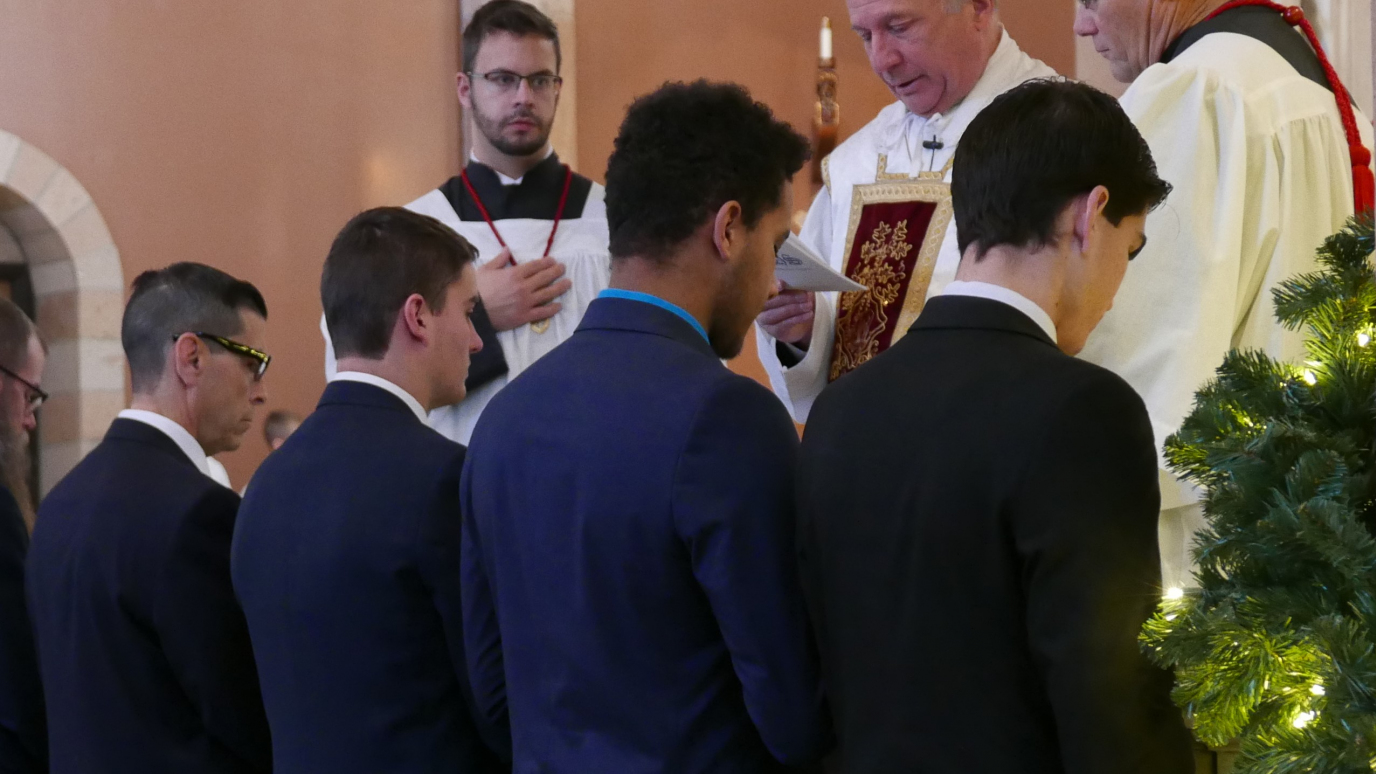 After the Credo, Fr. Harber presided over the enrollment ceremonies, with candidates being called forward to the communion rail to make their professions.  They received the HNS insignia and, with the entire congregation, recited the Holy Name Pledge.

The ceremony which began with the singing of the Veni Creator concluded with Holy God we Praise thy Name. It was an impressive and touching scene to see so many men in their blue blazers proudly convened to Praise the Holy Name! Christus Rex!